Garfield is back with his canine sidekick Odie, this time in England on a mission to surprise their long suffering owner Jon Arbuckle (Breckin Meyer) whos in London to propose to his girlfriend, vet Liz Wilson (Jennifer Love Hewitt). Garfield however inadvertently switches places with his look-a-like Prince – one of the Royal Familys cats. Under his new identity Garfield inherits Castle Carlyle from its dead owner, Lady Eleanor – much to the chagrin of her devious nephew, Lord Dargis (Billy Connolly). Living large as the Lord of the Manor comes as second nature to Garfield and with the help of his new loyal subjects he hopes for a long reign, whilst his double Prince is living the simple life of a commoner, hitting the pubs with Jon and Odie, getting his first taste of lasagne and loving all of it! But when Lord Dargis launches a plan to dispose of Garfield once and for all, the two kitties have to join forces to save the day! 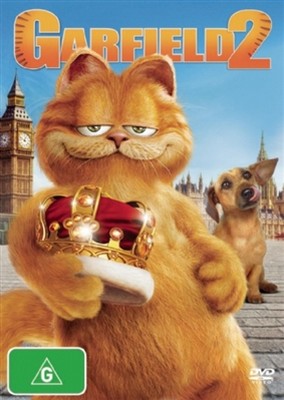