Schindler’s List, a Steven Spielberg film, is a cinematic masterpiece that has become one of the most honoured films of all time. The film presents the indelible true story of the enigmatic Oskar Schindler, a member of the Nazi party, womanizer and war profiteer who saved the lives of more than 1,100 Jews during the Holocaust. It is the triumph of one man who made a difference, and the drama of those who survived one of the darkest chapters in human history because of what he did. Featuring new digitally enhanced pictures, 5.1 digital sound and brand new bonus material. 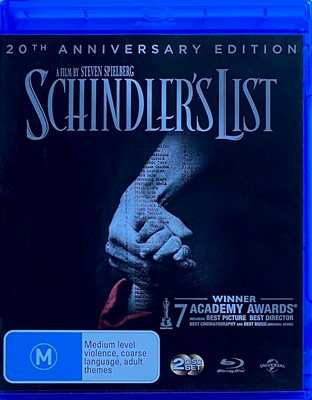