One of the most widely acclaimed films of all time, The Deer Hunter is Michael Cimino’s celebrated interpretation of the stresses and dangers – both physical and emotional – which confront a trio of Pennsylvanian steel-workers when they are sent out to fight in the horror that was the Vietnam War. Out of this grim material, hewn off the macho block of men’s suffering and male bonding, Cimino fashioned a huge movie that operates on the senses even more than on the mind. The film won many Oscars and immense praise, not least for Meryl Streep’s appearance as a war bride. If Vietnam could be said to have produced a Gone With The Wind, proving that courage, love and heroism are still forces in human affairs, this movie would be it. 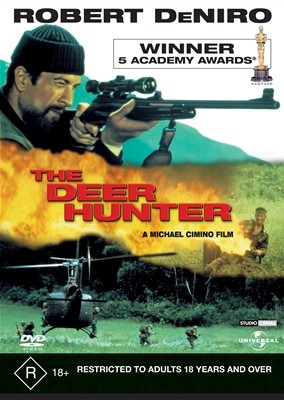