Tears Of The Sun – Collector’s Edition

After a West African president’s family is assassinated and civil unrest is rampant, a top secret team is deployed to the far reaches of the jungle to rescue a U.S. doctor who is acting as a missionary. She insists the U.S. forces rescue all of her charges. As a result, the group falls under rebel attacks when it is revealed that the son of the deposed West African president is among those being saved. 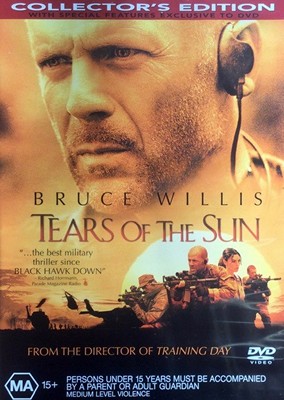 You're viewing: Tears Of The Sun – Collector’s Edition $6.00 incl. GST
Add to cart