Let’s Do Lunch With the Simpsons! Burns Verkaufen Der Kraftwerk: Mr Burns sells the nuclear plant to a group of German investors who make many much-needed improvements but also decide that Homer is non essential. Featuring Homers fanciful trip to The Land of Chocolate. Lisa The Vegetarian: Horrified at the prospect of eating a dead lamb Lisa becomes a militant vegetarian much to Homers dismay. But she learns to respect others beliefs with help from Apu not to mention Paul and Linda McCartney. King Size Homer: Homer goes on disability by becoming too fat to go to work. Initially he enjoys sitting around the house and wearing a muu muu but his extra bulk soon weighs him down. However in the end he is able to use his giant rear to avert a disaster at the nuclear plant. uess Whos Coming to Criticize Dinner?: Homer becomes a restaurant critic for The Springfield Shopper newspaper. With Lisas help all goes well but then Homer starts writing reviews on his own infuriating Springfields restaurateurs so much they try to kill Homer. 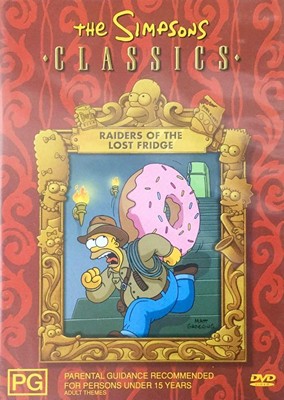