BEYOND BLUNDERDOMEHomer attends a preview of a new film by Mel Gibson and gives it a poor rating. Alarmed, Mel brings Homer in to co-produce the film, a remake of Mr. Smith Goes to Washington. Homer turns the film into a bloody action picture, with disastrous consequences for Mel. ITCHY AND SCRATCHY: THE MOVIE At a school open house Homer and Marge are told they must discipline Bart if he is to succeed in life. After this, Bart is told to watch Maggie, who escapes and crashes the car. Homer punishes Bart by forbidding him to watch the new Itchy and Scratchy movie. After an intense clash of wills, Bart gives in to Homer – and we see that in the future Bart will become Chief Justice of the Supreme Court.22 SHORT FILMS ABOUT SPRINGFIELDAn episode focussing on The Simpsons supporting characters, showcased in vignettes of varying length. Among other segments, we see Principal Skinner invite Superintendent Chalmers over for dinner, Reverend Lovejoy’s dog soil Flanders’ lawn and Millhouse’s dad in a Pulp Fiction sequence.A STAR IS BURNSSpringfield hosts a film festival with guest critic Jay Sherman (Jon Lovitz). The contest comes down to an artful film by Barney Gumbel and a vanity production by Mr. Burns – with Homer casting the deciding vote. 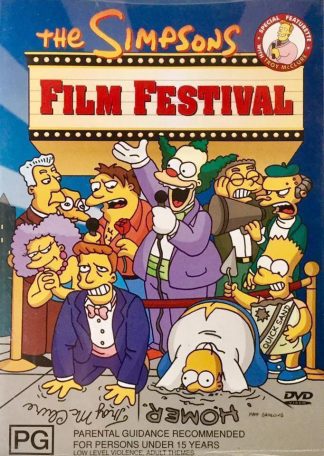