Wheelchair-bound WW2 bomber pilot Toby Jugg (Robert Pattison) has a series of waking nightmares while recuperating in a remote Welsh mansion under the eye of sinister doctor Hal Burns. Jugg begins to suffer hallucinations, during which shadowy figures and crawling insects plague his mind. Are these brought on by the guilt of his destructive bombing raids over Dresden, or the strange behaviour of Dr Burns which serves to increase his paranoia? Jugg is further disturbed by the arrival of his aunt, Julia, with whom he is infatuated but who is seemingly also involved with the manipulative Dr Burns. 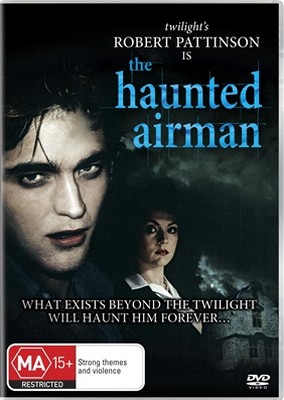 You're viewing: The Haunted Airman $6.00 incl. GST
Add to cart