Mike McDermott (Matt Damon – Good Will Hunting, Saving Private Ryan) is a rounder of the highest order – cunning, smart and able to read his opponent like a book. His motto, ‘play the man, not the cards’ has won and lost him a fortune in New York’s illicit, underground clubs. But the stakes become too high and Mike decided his girlfriend (Gretchen Mol – Celebrity) and law school were more important. So he got out. Just. But somebody is about to throw a wild card Mike’s way, in the form of his old poker partner Worm (Edward Norton – Primal Fear, American History X), fresh out of the slammer and itching to get back on the tables. But the stakes have been raised one final time… and they’re playing for their lives. 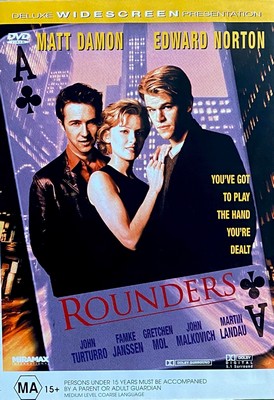