In the 23rd Century, Earth s natural resources have been exhausted by mankind and battle rages between the soldiers of the world s four leading corporations: Capitol, Bauhaus, Mishima and Imperial. When an errant shell destroys a hidden seal, a new enemy, Necromutants, appear by the millions, destroying all before them. The Corporations must ban together against the mutants if they are to have any chance of survival. The Corporations chosen leader, Constantine (John Malkovich), plans to abandon the planet and mankind, leaving countless innocents to a hopeless, violent fate, when he is approached with news from Brother Samuel (Ron Perlman), leader of the Brotherhood, an ancient monastic order. Desperate to convince Constantine to help change the course of the future, he implores the leader to provide him with a ship and crew to pursue the prophecy of the Chronicles. 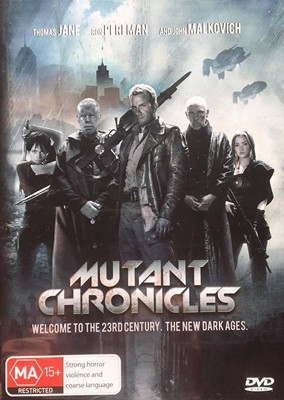