Soccer Dog: The Movie (1999) A successful man with nostalgia for his days as a soccer player attempts to adopt an orphan so he can teach him all about his favourite sport. But soon after bringing the lad home, the new father is disappointed to discover that the lad is not interested in playing soccer. This creates tension, until a stray dog with a remarkable talent for playing soccer shows up and helps to bring father and new son together. Soccer Dog: European Cup (2004) Imagine a mutt who can outplay Beckham on the field while turning a team of laughable misfits into a lean, mean fighting machine. This pooch has got the international soccer scene by the tail! Zach is a 13 year-old American who travels to Scotland looking for the father he has never met, Bryan MacGregor, a former soccer sensation who is down on his luck and stuck as captain of the world’s worst team. It`s not going well until Zach finds Kim, a very “talented” dog who’s on the run, needs a friend, and is ready to rear the woof right off the game! 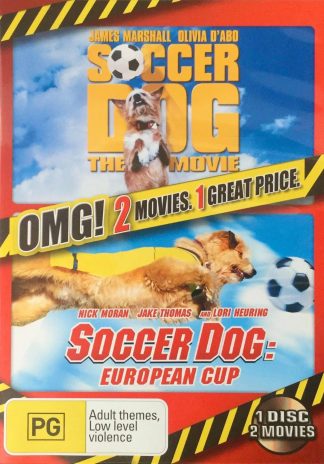