The Young One – Series 1

Manic and mad, rude and pretty revolting actually, the Scumbag Students – Rick, Vyv, Neil and Mike – are joined by the ever-threatening Alexei Sayle, for the entire first series of their groundbreaking comedy. It was essential viewing in the 1980s for any self-respecting stroppy and opinionated person under 25, and it’s just as fresh, vicious, original and hilarious now.All six episodes of the first series: DEMOLITION, OIL, BORING, BOMB, INTERESTING, FLOOD. 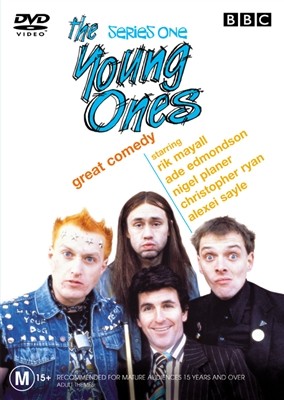