Follow the adventures of a group of desperate fugitives aboard the Lexx,”the most powerful destructive force in the two universes.” The Lexx is a massive “living” bio-engineered spacecraft that resembles a wingless dragonfly. It is capable of destroying a planet with ease, and then eats the debris as a source of fuel.The crew of the Lexx are motivated largely by fear, lust, and hunger: factors that gradually come to dominate their lives more and more. A cult hit known for it’s quirky, sexually charged adult storylines “boldly” taking Sci-Fi where others had not gone before! 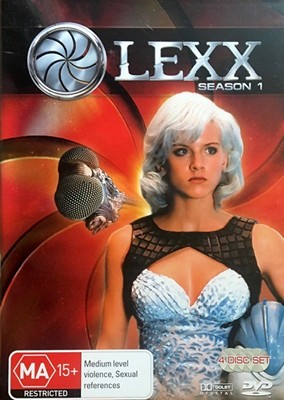