Sexy superstar Demi Moore delivers the most daring performance of her career in the powerful action film G.I. Jane – from world-renowned director Ridley Scott (Alien, Blade Runner). In a controversial decision by the U.S. government, Lieutenant Jordan O’Neill (Moore) is chosen to be the first female soldier in an elite counter-terrorist unit. But first she must overcome ridicule from the all-male squadron and endure a torturous regimen of daily training, both physical and mental. Then, when a military mission suddenly goes awry behind enemy lines, O’Neill has the chance to prove herself, but only by saving the life of the man who’s been her biggest opponent all along – her commanding officer! A story packed with high-stakes suspense, raw emotion and intrigue, G.I. Jane is the ultimate battle-of-the-sexes action film! 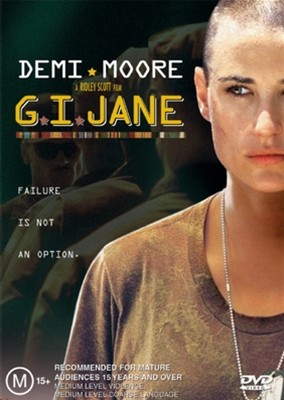